Louisiana Congressman Mike Johnson is applauding the work of the Trump administration on its effort to close what he calls asylum loopholes.

“One of the root causes of our current immigration crisis is the sharp increase in fraudulent asylum claims at the southern border. With this influx, resources reserved for those truly seeking asylum have been strained, and our immigration laws have been ignored. I have been on the forefront of this issue since coming to Congress, and I am proud to stand with the Trump administration in their efforts to prevent fraud and abuse in the asylum system’ said Congressman Johnson.

Representatives Mike Johnson and Ralph Abraham visited Leesville on Friday to hold a town hall meeting where they updated their constituents on national issues they and their colleagues are facing in Washington D.C.

During the Q&A portion of the meeting Johnson and Abraham responded to Wallethub.com’s recent list claiming that Louisiana was the “2nd Worst State to Live In.” The list cited unemployment, healthcare, and education among the many issues that contributed to Louisiana’s low rank.

Abraham responded to the question by citing similar lists put out by U.S. News and World Report annually. He noted that Louisiana placed at the very bottom of that list for three years running, which he said was “unacceptable.”

“We in Louisiana know we can do better,” Abraham said. “We have good people and a unique culture.”

He further stated that there is a lot more that Louisiana could be doing to perform better in comparison to other states.

Rep. Mike Johnson, R-La., is accusing Democrats of making a concerted effort to eliminate “so help me God” from the congressional oath.

Americans “need to know that there is a concerted effort now to change this tradition,” Johnson said on “The Todd Starnes Show.”

Fox News reported last month that the House Committee on Natural Resources was looking to remove the phrase from the oath, sparking outrage among conservatives. The phrase appeared in a rules proposal draft in brackets, with a red line through it.
Read More.

Rep. Johnson calls out chairman after God left out of oath

Louisiana Congressman Mike Johnson called out a committee chairman this week for leaving “so help you God” out of an oath to a witness, continuing a skirmish that began last week…
Read More

Once the newly elected Congress reconvenes in January, all eyes are going to be on House Democrats, whose big Election Night earlier this month positions them to take over control of the chamber and lead every committee. Among other things, that means that Louisiana’s best-known Republican, U.S. Rep. Steve Scalise, will see his profile as his party’s chief vote-counter shrink.

There is one Louisiana Republican who may become more prominent, though. While much of the world was busy prepping for Thanksgiving, U.S. Rep. Mike Johnson of Benton won an all-GOP vote to head the Republican Study Committee…

Johnson, a 46-year-old Republican from Benton, was picked for the post on a secret ballot Friday morning, edging out Rep. Tom McClintock, R-California.

U.S. Rep. Mike Johnson hopes to spend his second term rising up the depth chart among the his fellow Republicans in the House so he can wield more influence to help his constituents back home.

Moving our country forward with our Louisiana values 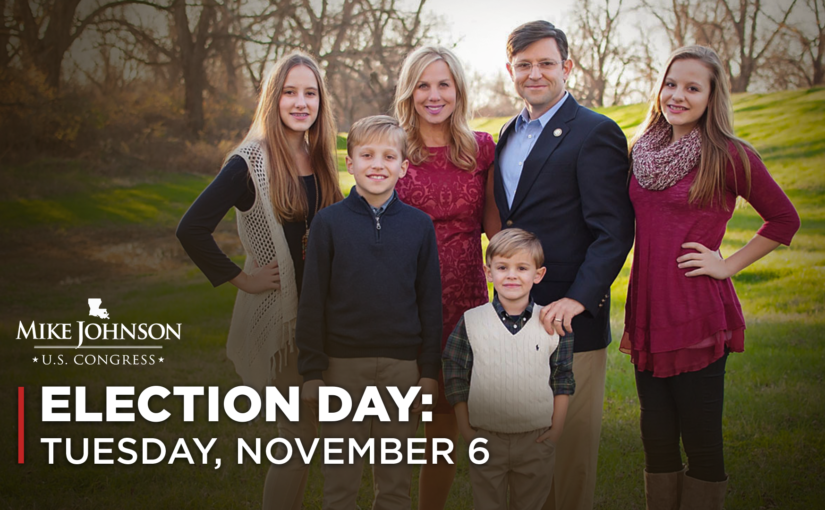